This guide will walk through using ConnectWise Automate formally known as Labtech to deploy the RocketCyber Agent.


First, a few notes about the deployment script: 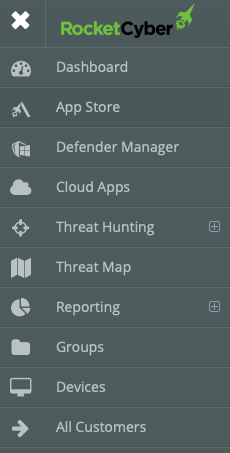 4.    Log on to ConnectWise Automate and import the Expansion Script downloaded in the previous step.

c.    In the Browse for a File dialog select the file that was downloaded from the RocketCyber Console and click Open 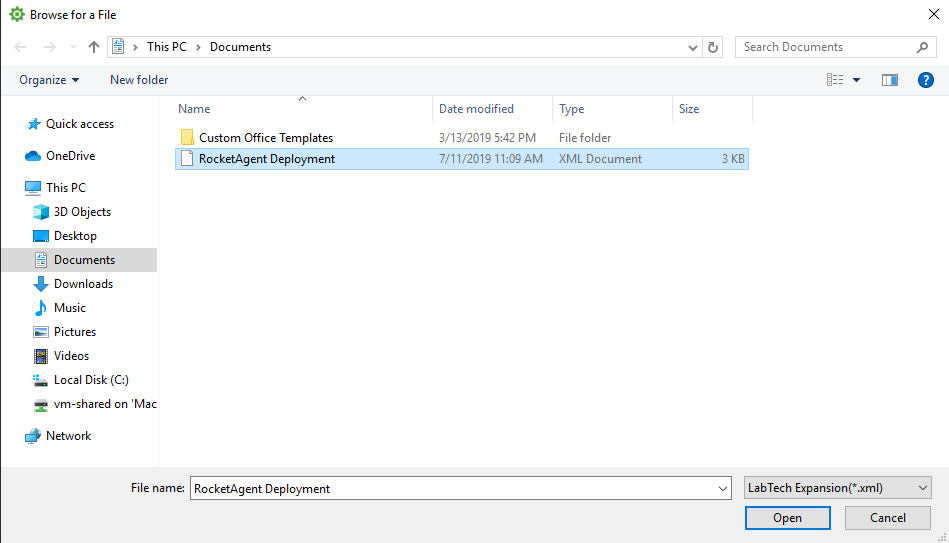 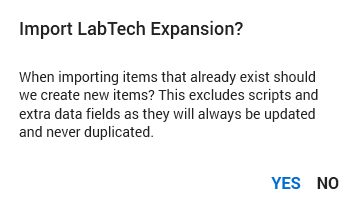 5.    Now navigate to the script that was just imported. 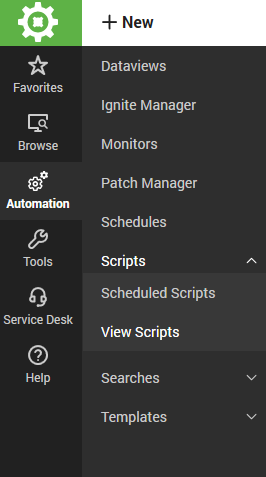 6.    Inside the View Scripts interface, expand the Scripts tree to Custom Scripts 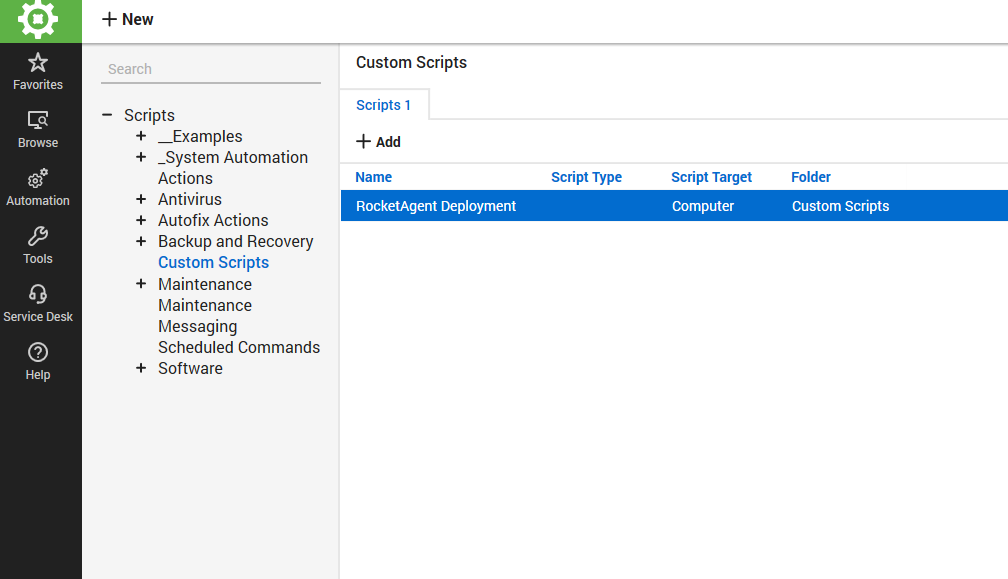 You should now see the script editor dialog as shown above.  In order for the script to properly deploy the agent you must supply the license key to the script as a variable.

9.    Click on the Globals and Parameters tab to set the license key value. 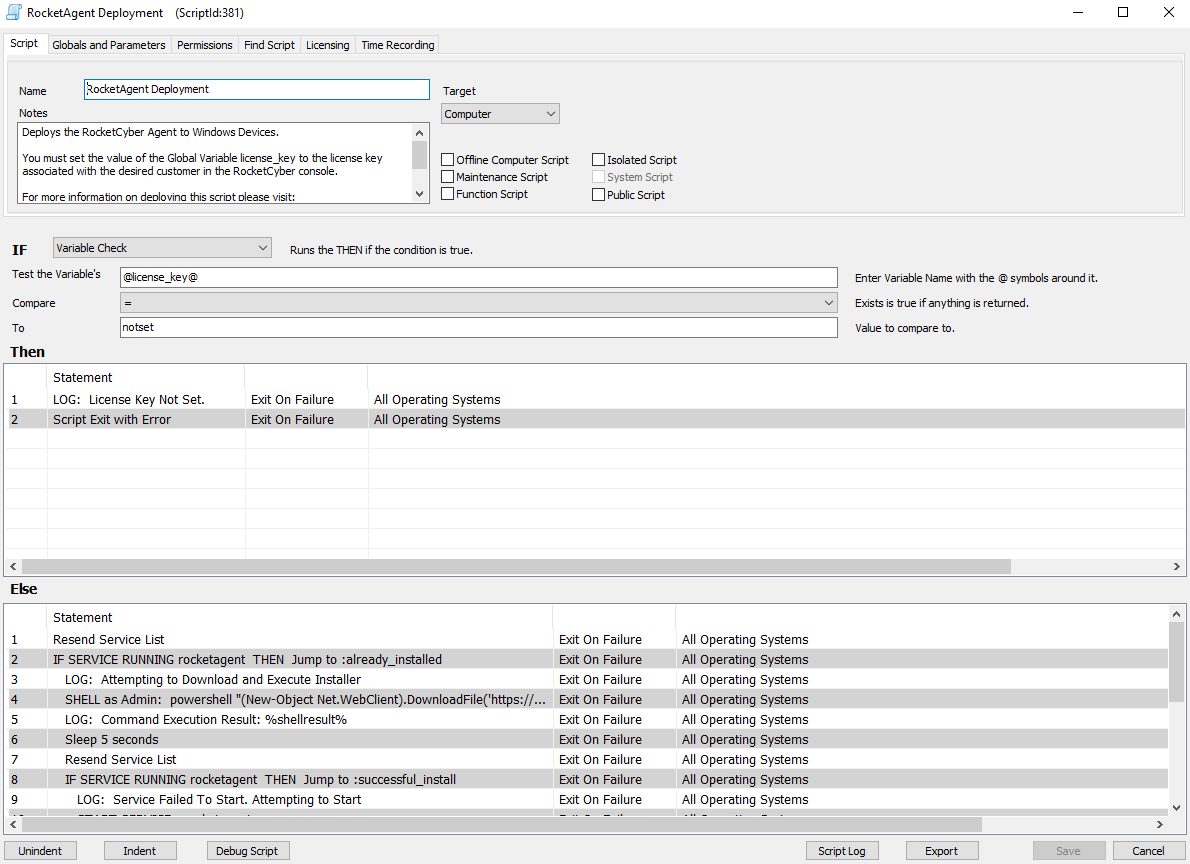 In the value field enter the license key associated with the customer in the RocketCyber console. The license key can be found on the deployment page for the selected customer.

11.    When finished setting the license_key value click the Save button.

Schedule the Expansion Script to Run on A Device 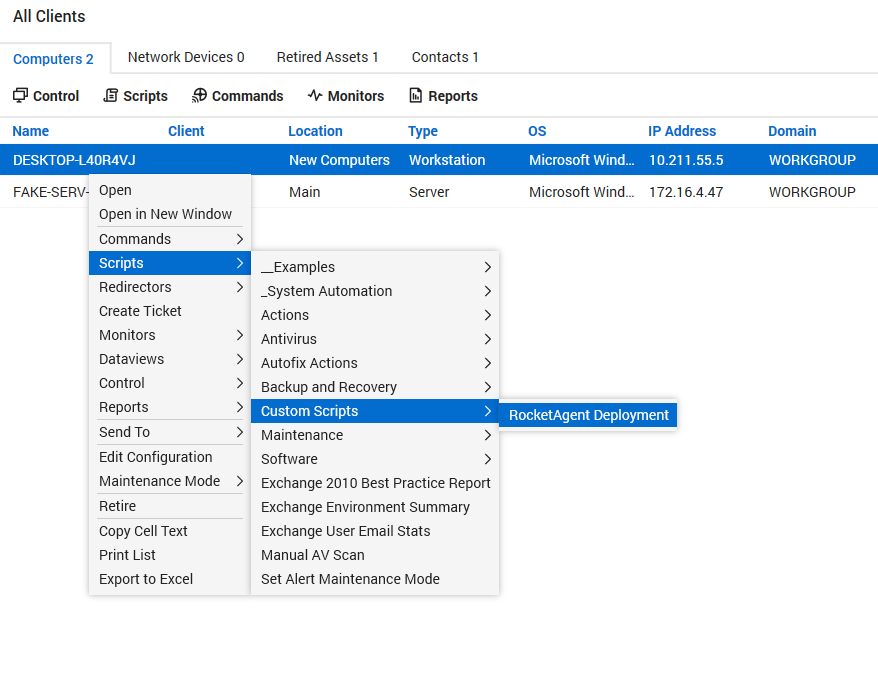 4.    Choose the desired schedule for the script to execute. Click OK. 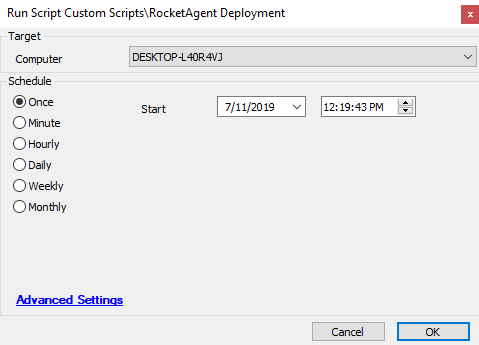 The script will be executed on the device on the schedule selected. When the agent is installed it will automatically appear in the chosen customer account on the RocketCyber Dashboard.

You can run the expansion script on all devices by:

1.    Right-click on the client in the Clients tab

3.    Choose the desired schedule for the script to execute. Click OK. 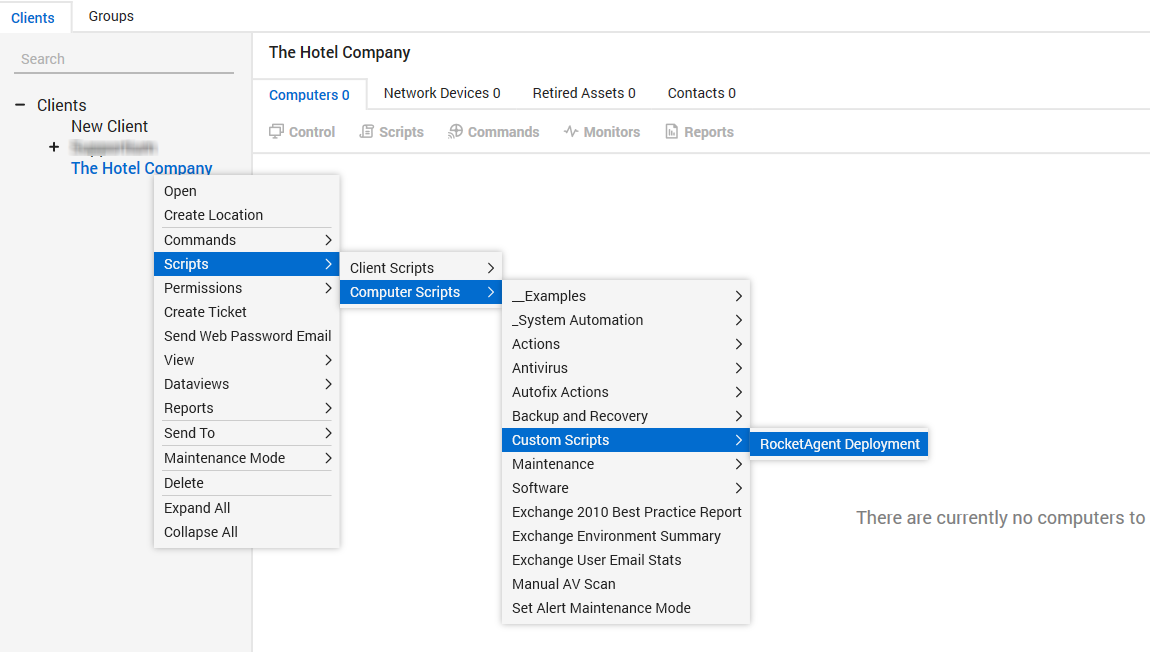 The script will be executed on the devices on the schedule selected. When the agents are installed they will automatically appear in the chosen customer account on the RocketCyber Dashboard.